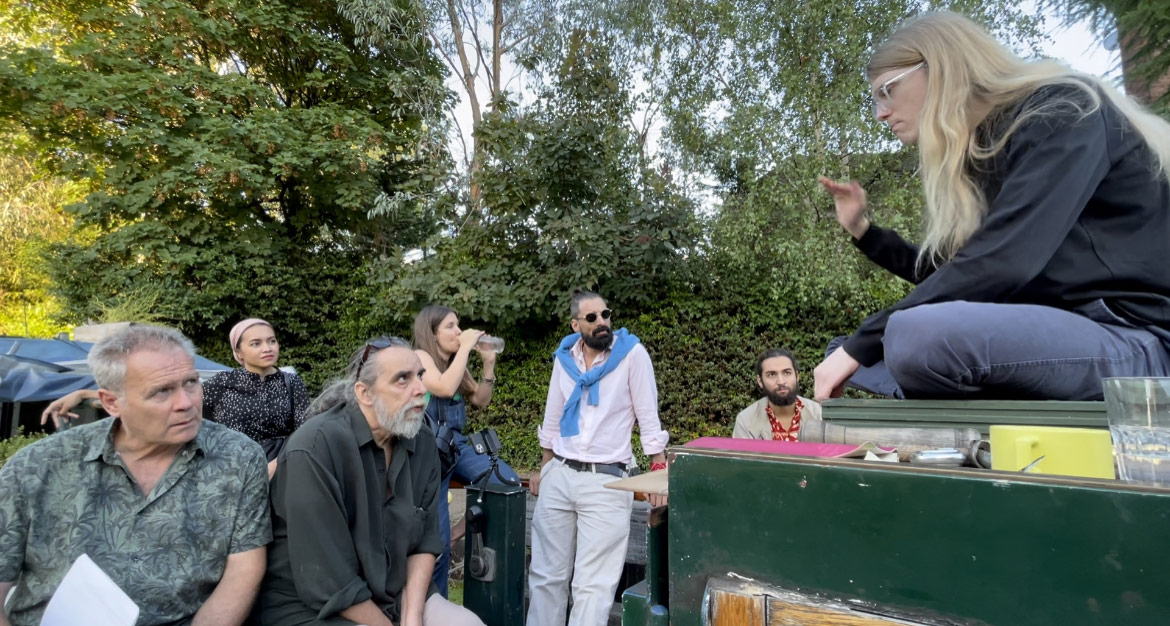 60-year old Martin S steps carefully after triple bypass surgery. Burly and bearded, he’s got a serious manner. A former government administrator, his staff probably got busy when he entered the room. He still commands attention today, delivering spoken word poems from the stage of The Jago, a Hackney club that inhabits a space formerly occupied by the legendary Passing Clouds where he long reigned as House Poet. I wanted to find out if we could organise workshops and events with poets for climate change.

Asked what he hoped to get from the poetry workshop I was organising with scientists who study climate change he didn’t hesitate. “Killer facts”, he said. “Facts that grab people, that alter their world view, that give them something they can articulate to others.”

With two generations of offspring to worry about, feeling like he’s living on borrowed time, he wants to use his verbal tools to make a difference.

A few more recruits like him and I’m confident we can deliver a product to please our Royal Society of Chemistry funders: an hour’s worth of compelling, scientifically informed epiphanies on the subject of climate change at a slam poetry competition this December at Kings Cross on the Regents Canal.

Robin arrives while I’m getting the boat ready. Blond-haired, boyish, skinny as the frame of the bicycle he arrives on. How can someone this youthful be a member of not one, but two IPCC working groups? The UN bodies that synthesize the latest understanding of what drives climate change, as well as the team that works on adaptation? That is when he’s not representing his nation in international poetry competitions, delivering verbal roller coasters of fact-filled rhyme inspired by nature. 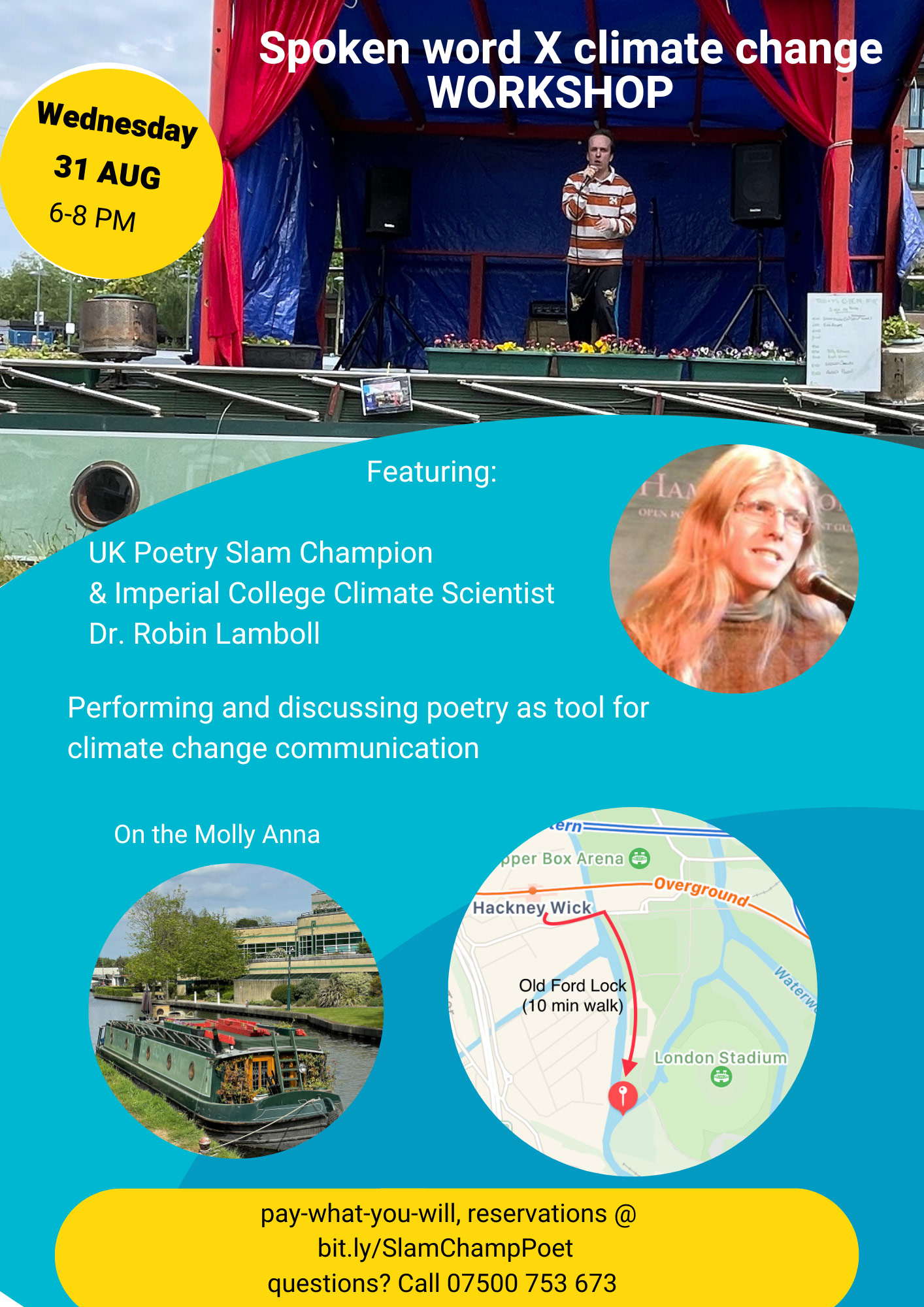 Physicist Dr. Robin Lamboll arrives while I’m getting the boat ready. Wispy blonde hair, boyish, skinny as the frame of the bicycle he rides up on, Robin’s a member of two IPCC working groups, the UN bodies that dominate the news every year or two with their semi-annual reports. His resume is almost too perfect for our purposes — a world class researcher who happens to be the UK’s reigning slam poet champion. Taking audiences on a verbal roller coaster of fact-filled rhyme is a diversion from his day job, studying how human activity impacts our atmosphere.

Robin locks his bike and comes on board. More poets trickle in. Along with a Spanish musician, and an architect from Indonesia whose last name is “Poetry.”

Chit chat. Names are exchanged. Along with a bit of despair and frustration about the subject we’re here to discuss.

People gather on the stern. Robin sits cross legged, and talks about his research on exotic greenhouse gases, “F-gases”, fluorocarbons that came into use as a consequence of the Montreal protocols around which the world organised to protect the Earth’s atmosphere in 1987. As replacement refrigerants they were an effective response to a growing ozone hole. Unfortunately it turns out they were super potent greenhouse gases as well; thousands of times worse than CO2. Though no longer in production, they remain a threat. Robin’s research shows that even now, properly disposing of abandoned units is a cost effective way to address the 1% of climate change that is their contribution.

More follow as the discussion moves inside. Robin answers people’s climate related questions. People write. Some recite. Robin performs “Chickenomics,” his ode to industrial farming, part of a repertoire of nature based poems inspired by growing up on a pick-your-own Devon farm. He leaves climate change poetry for others … with a few lessons to help them on the way:

People like facts. But poets aren’t famous for them. Worse than that he suggests, “Poets have a lack of authority. They’re assumed to be making things up. Even when they have a strong scientific background.”

And yet people listen carefully to a spoken word poem. That it’s not written means it must be clear enough to be understood at first listen. Which people will do if they feel they’re not being preached to.

So how do you address the inherent weakness of what people assume about poets while taking advantage of the space they grant for dramatic performance?

“Everyone should look up an info-graphic and write your next poem about it,” says Robin.

Workshops with more scientists and guest poets continue on Molly Anna fortnightly in October and November, the first and third Wednesdays of the month. It all leads up to an end-of-year poetry slam, for scientifically informed “poets for climate change” inspired work. If you’re an educator with a passion for explaining fundamental science we want to hear from you. If you’re a poet who wants people to take you seriously when it comes to climate, we invite you to get in touch.