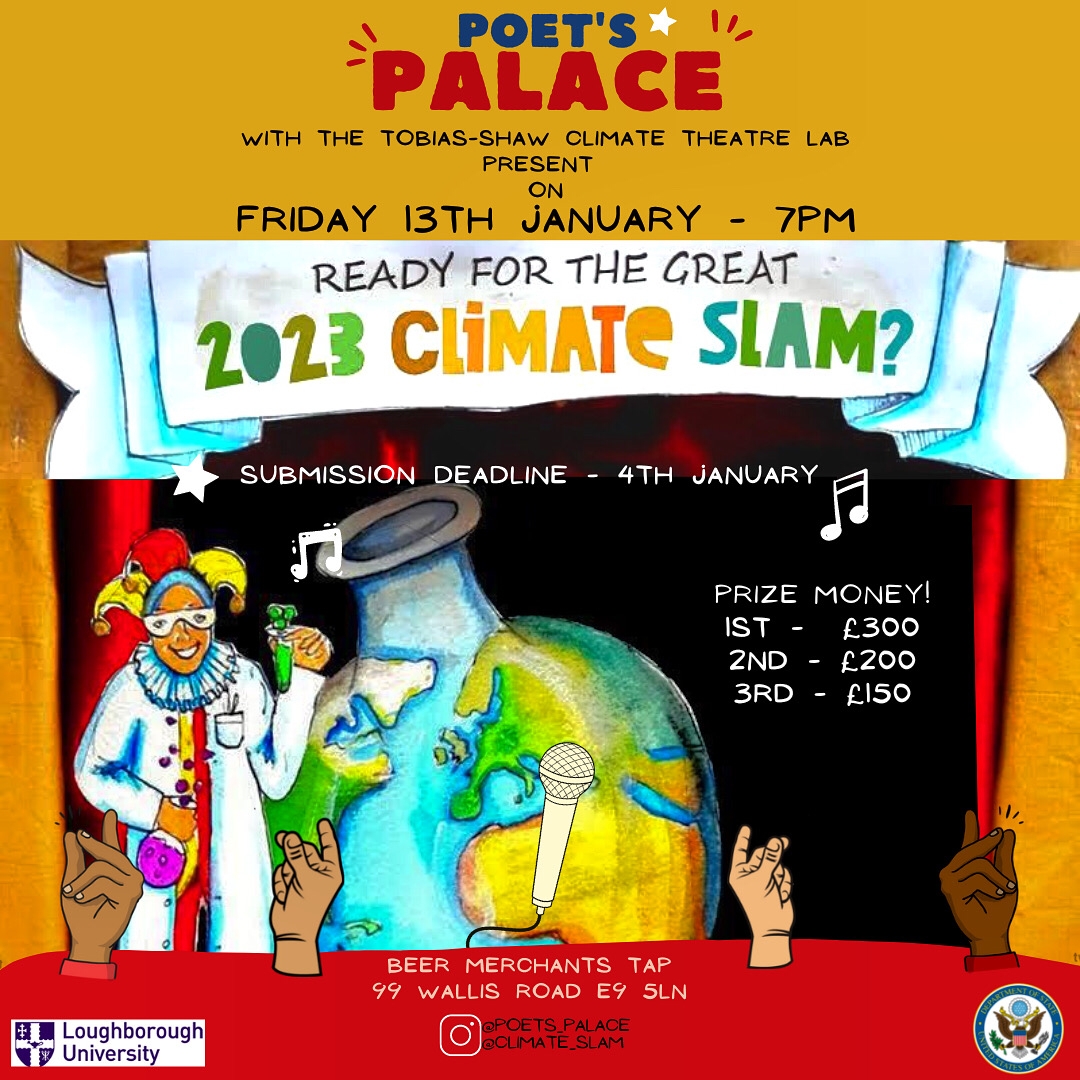 GREETINGS! You found us!

But first, why are we doing this?

Rules for both competitive rounds are the same.

Dr. Robin Lamboll,  an Imperial College researcher and slam poet champion, recommends incorporating infographics into poetry presentations.  As he says “people are interested in facts.  They want to feel they’re making decisions on something other than the random thoughts of a poet.”

Accordingly, we provide the following, with links to supplementary information to aid you in their interpretation.

Infographics and other resources from past workshops: 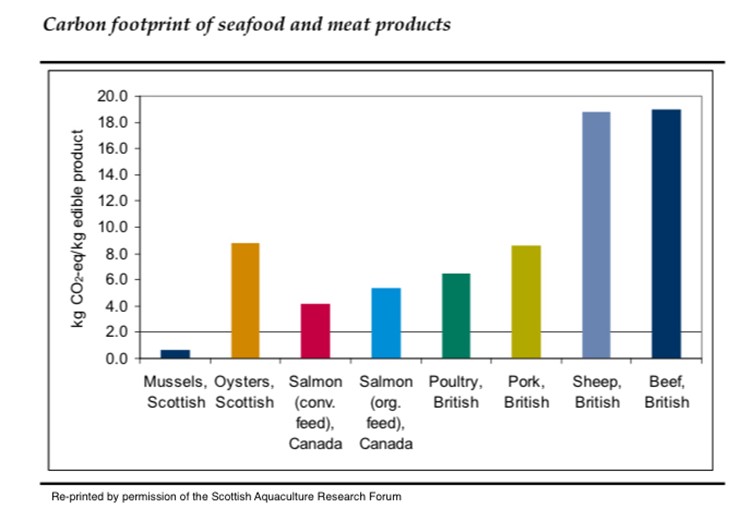 With food production accounting for upwards of 25% of all greenhouse gases — and meat production accounting for more than half of that — becoming a vegetarian is one of the most impactful climate fighting decisions a person can make.  (Along with giving up air travel and living with heat, it’s also among the most difficult.)  For those not quite ready to go vegan, mussels have 1/10 the carbon footprint of chicken, and 1/20 that of beef.  A remarkable reduction. Further arguments on their behalf:

For a more detailed explanation of the impact of meat-eating on global greenhouse gas production:

The Periodic Table; mother of all scientific infographics

A way to represent man’s knowledge of Earth’s basic constituents came to Russian chemist Dmitri Mendeleev in a feverish dream.  Not only did it organise every element known at the turn of the century, it predicted elements that would be discovered in the future, based on the number protons of every element. Each increment in Atomic Number (the number of protons) adds an electron to balance the charge.  Because the outermost shell of every element wants to fill itself with 8 electrons, a pattern repeats itself and governs how each family of elements interacts with one another.

Adding a neutron to any element creates an “isotope”. Isotopes behave the same chemically, but — due to their additional mass — are incorporated at different rates in chemical processes. Differing ratios of isotopes of oxygen, retrieved from ice cores and sea shells, function as “paleo-thermometers”, and help to reconstruct ancient environments.  A more complete discussion of the topic is here. 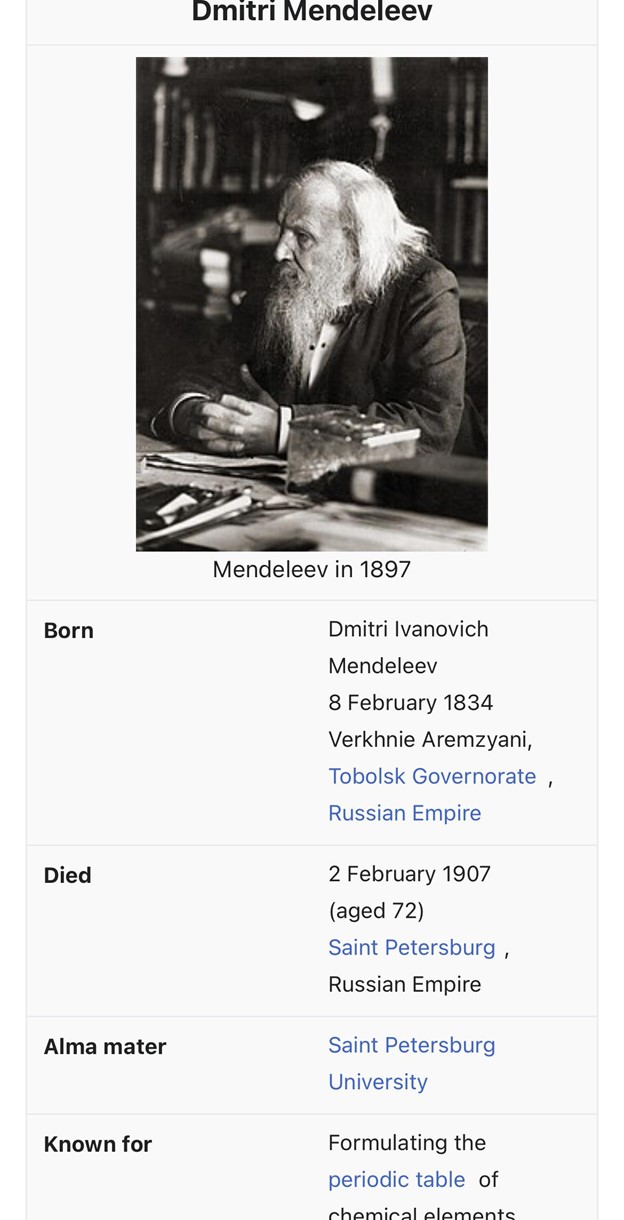 Carbon burns when kissed by Oxygen

Bonding for life, unless absorbed by plants

Who build sugars, laid down in wood

Or, if touching water, dissolves.

The Atomic Number of each element varies slightly because it is based on an average that includes rare but regularly occurring isotopes, ie., atoms with the same Atomic number but an additional neutron. Since neutrons don’t require electrons to balance their charge, they react with the other families of elements in the same manner.

Radioactive decay is the process by which neutrons emit beta particles (eg., electrons) thereby becoming protons, which changes the element’s Atomic Number and identity.  Because they do this at a predictable rate (or half-life), isotopes like Carbon14 provide a basis for radiometric dating.  Because isotopes are preferentially absorbed when ice forms, analysis of the bubbles in ice cores serves as a kind of paleo thermometer, providing another measure of CO2 levels in the atmosphere, as well as temperature at the time of formation.

According to “Skepticalscience.com”, a website that challenges rampant disinformation in the age of climate change, the #1 objection voiced by skeptics of climate change is that “Earth’s climate is always changing.”

They’re right, of course.  The climate does regularly change …. as a result of multiple factors that climate scientists study and which we can understand.  The real news, however, is THIS IS NOT NEWS!

Chemists like Svante Arrhenius predicted that rising atmospheric levels of CO2 would lead to warming of the atmosphere…. In 1895! 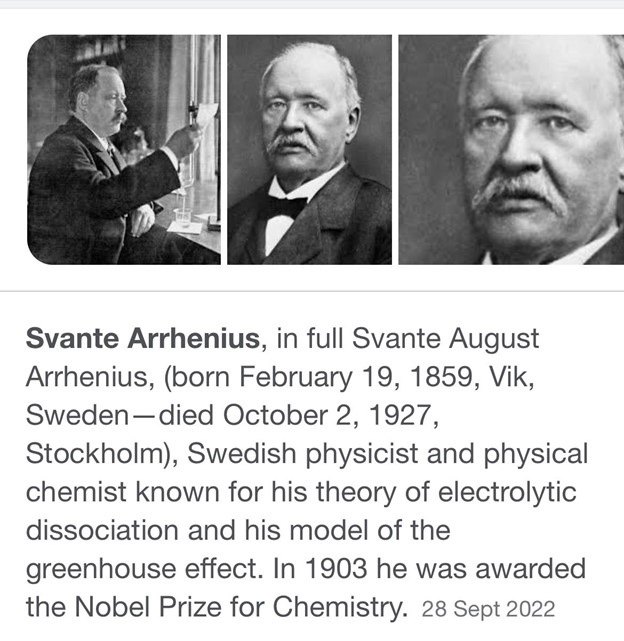 It’s recently come to light that an American chemist, Eunice Foote, proposed similar ideas decades sooner, but did not publish, and is only belatedly acknowledged. 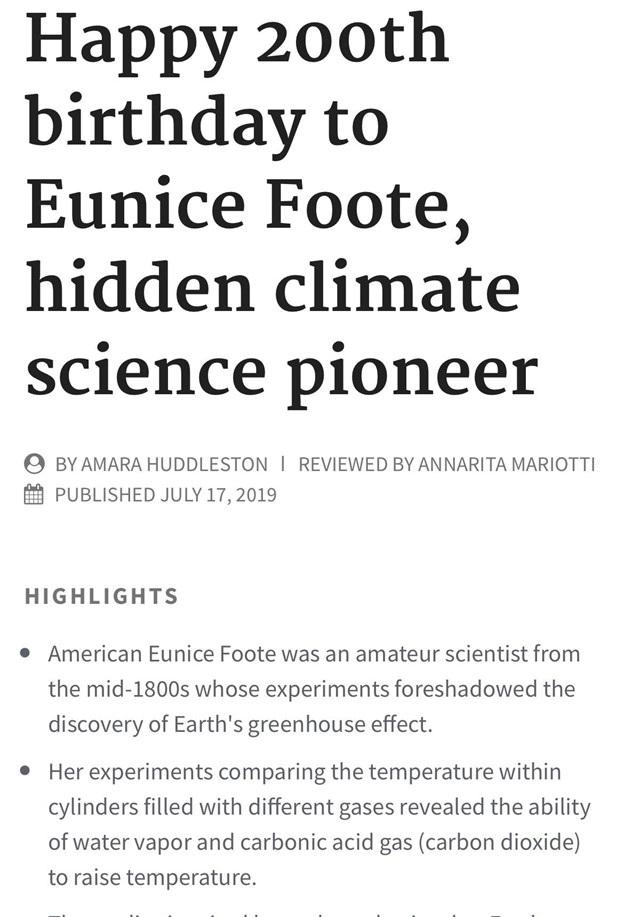 The History of Carbon Dioxide vs. Ice 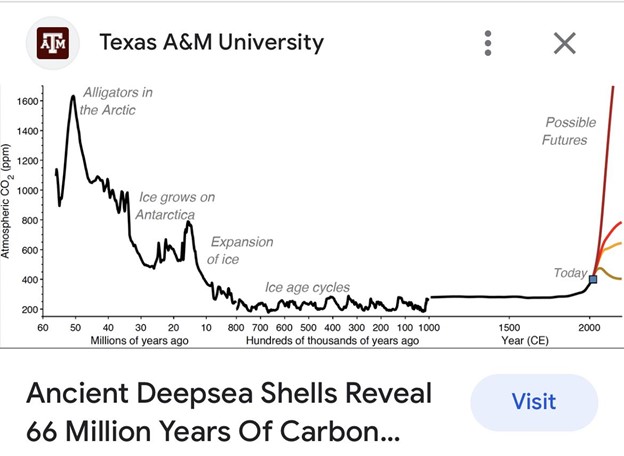 Yige Zhang’s graph above demonstrates how ice has grown and disappeared from the Arctic in response to changing CO2 levels over time.  55MM years ago, when CO2 levels were 1600 parts per million (four times higher than today), the Arctic had no ice, but did have alligators! and enormous beds of vegetation that became the source rock for petroleum which oil companies seek to exploit today.

What caused CO2 to spike so high during this period (known as the Paleo-Eocene Thermal Maximum), is the subject of debate.  What is better understood is the history of ice ages which ended approximately 10,000 years ago. 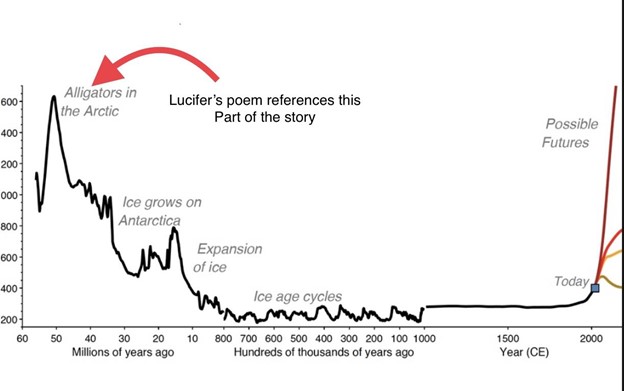 Milutin Mulankovich, a Serbian mathematician performed millions of calculations to discern how eccentricities in the Earth’s orbit around the sun, the changing tilt of the Earth’s axis and the wobble of the planet all collectively varied over time. The net effect was to vary the amount of sun incident in the Northern Hemisphere where most of the planet’s land surface lies, thus influencing how the Ice Ages began and ended through time.   And then, 10,000 years ago, the rise of human civilization marked a turning point.  Just when the Milankovich cycles suggested we should be heading back into a new Ice Age, CO2 emissions from agriculture began to counteract the signal, and with the dawn of the Industrial Revolution overwhelmed it.

The different colored pathways from the year 2000 on indicate projections as to where CO2 levels are likely to rise in response to the choices society considers today. 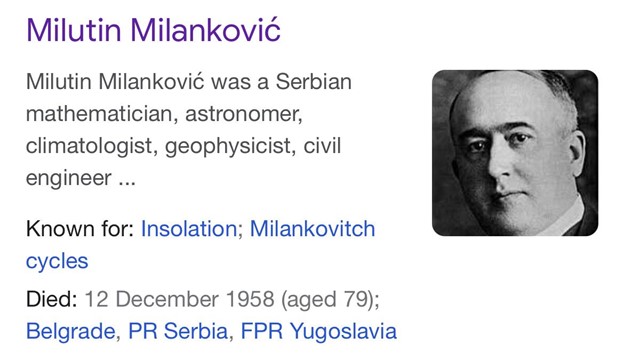 For more on Milankovic’s remarkable insight into the climate of Earth and other planets of the solar system, decades before space exploration would allow for its confirmation, see here: https://en.m.wikipedia.org/wiki/Milutin_Milanković

Charles Keeling was an American chemist who began documenting CO2 levels in the atmosphere above Hawaitt’s Mauna Loa volcano in 1958.  His efforts confirmed the century-old proposition of Svante Arhenius that manmade CO2 would contribute to climate change. Naomi Orestes, professor of the history of science at Harvard university calls the complete data set, known as the Keeling Curve (and now maintained by his son David, pictured with him below) one of the most important works of 20th century science. 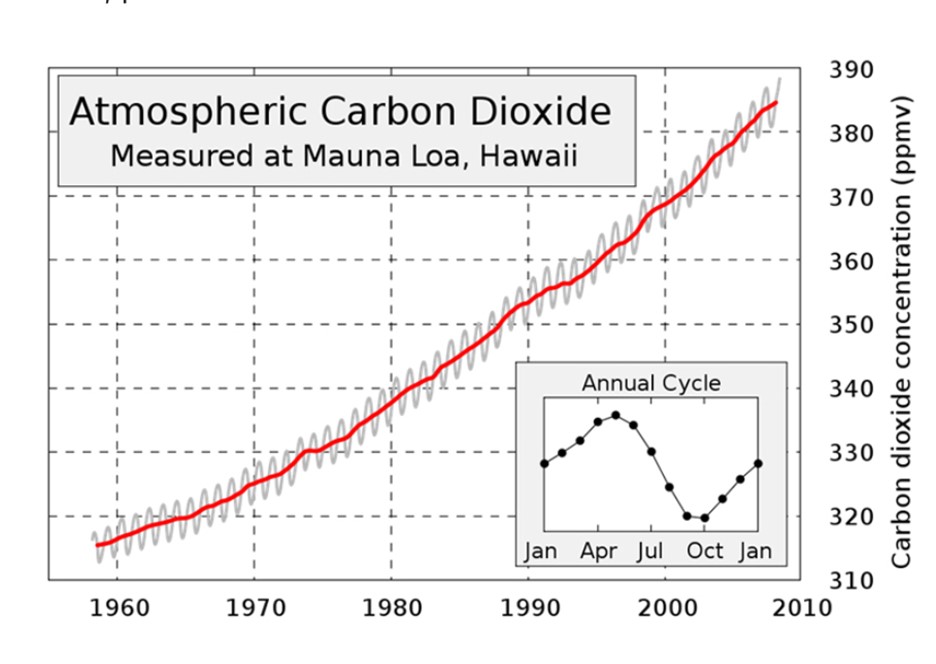 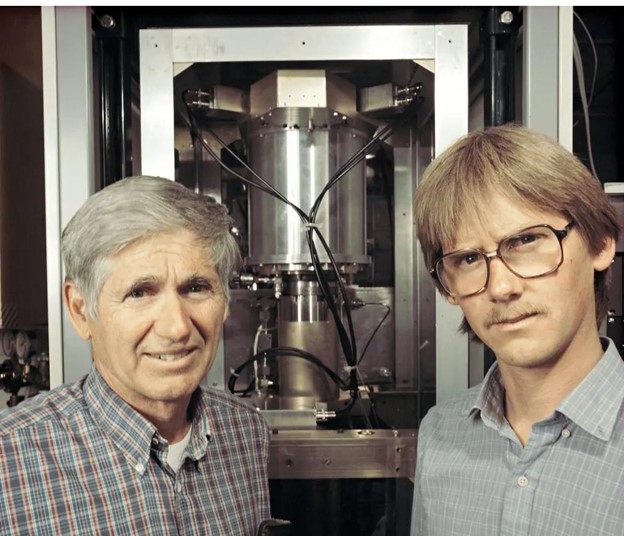 In addition to the steady increase (approximately 1.5 parts per million each year), the sawtooth nature of the pattern reflects the annual seasons and have been likened to the Earth breathing:  Every spring Northern Hemisphere forests produce massive amounts of oxygen through photosynthesis (causing CO2 levels to drop).  Every Fall, respiration and decomposition of leaf litter produces more CO2 — which in addition to that produced by human activities — results in the overall rise.

Contest entries must follow parameters described below.  Entrants should attend at least one workshop to familiarize themselves with contest criteria (which will be made available on line for those who can not attend in person).  Workshops are designed to help poets create scientifically robust work, and reflect what program sponsors hope winning poems will reflect: fresh understanding of how science explains climate change and provides a basis for evaluating society’s response.

Workshops and qualifying 8 December climate slam are at Merchant Brewers tap “Here East” campus, a 10-minute walk from the Hackney Wick overground station.  Please bring ID in order to sign in at the desk.

You are invited to call Eric Ellman should you require further assistance with directions: 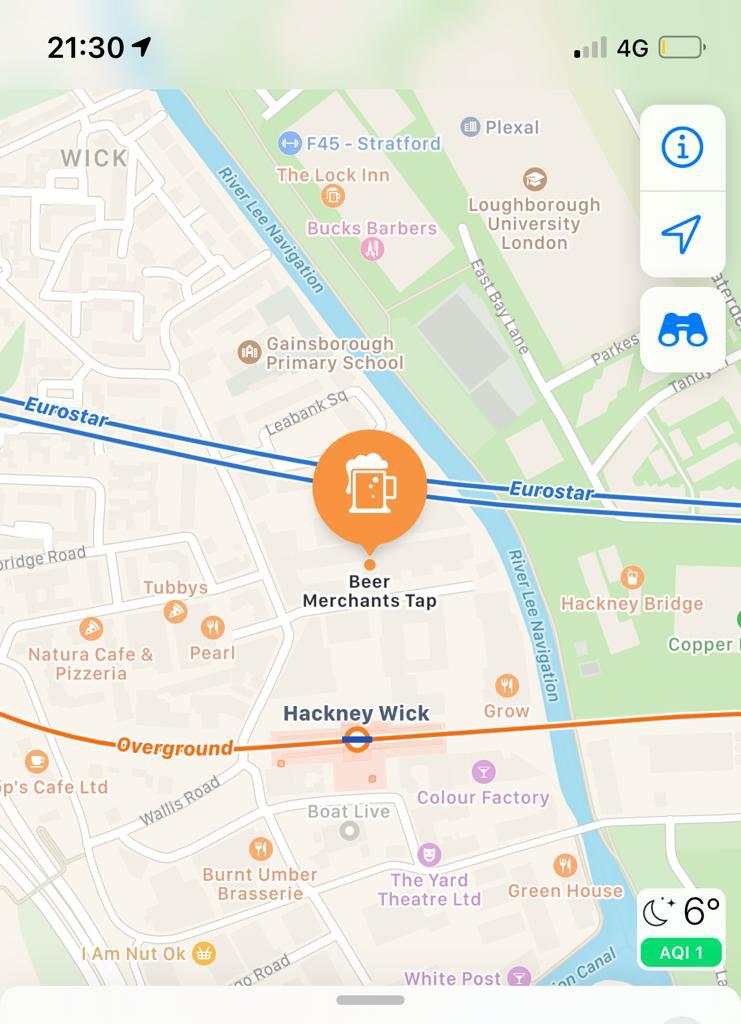